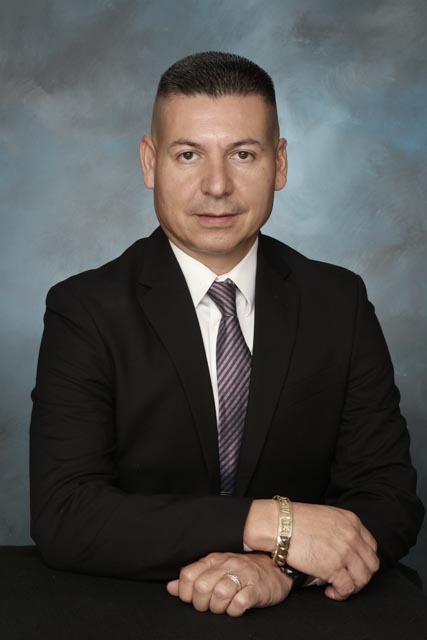 Harnessing the same ambitious, go-getter attitude that he has today, of course, Edwardo said “Yes sir!” and began his journey through all the ins and outs of the organization.

His first role with Saguaro (in 1991) was as a maintenance worker. He immediately wanted to learn and experience more – so he quickly went through the training process to work in the Saguaro Group Home programs, and simultaneously became the go-to guy for servicing the vehicle fleet.

Edwardo’s love for the foundation’s mission fueled his drive to touch and improve on every department of the organization.

After graduating from high school, Edwardo dove into the world head first – learning, exploring career paths and conquering goals. His collegiate studies ranged from accounting, law enforcement, education, and psychology – he became a licensed electrician, and even joined the Navy before returning to Yuma where he went to work for the Sheriff’s Office.

After having gained so much life experience and education including degrees in General Studies and Public Administration from NAU (with an emphasis in the Non-Profit sector), it was time for Edwardo to go back to his roots and bring all of this passion to the Saguaro Foundation in April of 1994.

Now, with over 27 years of experience leading the various divisions of Saguaro Foundation, Edwardo strives to continue growing and always do more for the community.

“Oftentimes people that can’t fend for themselves tend to get taken advantage of. In other instances, individuals with developmental disabilities live in conditions that are not apt for them. That’s why we’re here.” 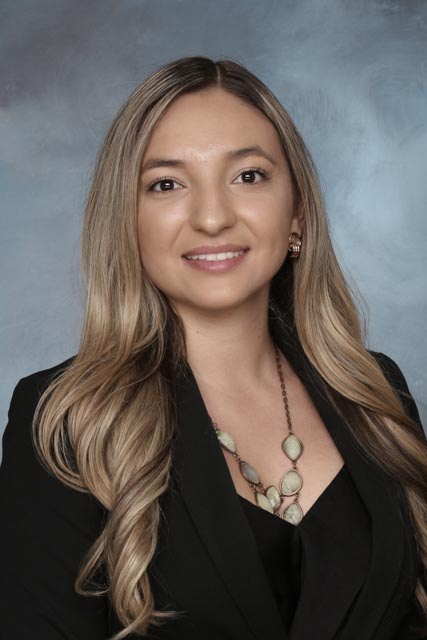 Jessica Castro’s journey at Saguaro Foundation began as an infant. Since both her mother and father were employed by Saguaro, she had the unique opportunity to grow up in the industry and inherit the company’s values from a very young age.

Jessica dove right in and began volunteering at Saguaro Foundation when she was in middle school until she became of age to hold a job.

In 2013, CEO, Michael Van Guilder brought her on board and became her mentor. She trained in all areas of the foundation and soon became the Executive Assistant of Mr. Van Guilder. Jessica’s enthusiasm for the work they were doing was such that she maintained her full-time employment at Saguaro, while also being a full-time student.

After studying abroad in Rome, Italy and completing an internship with VISSERO Digital Healthcare based in Germany, Jessica received her bachelor’s in business administration from the W.P. Carey school of Business at ASU.

Then, in 2019, Jessica became the Director of Business Operations at Saguaro Foundation. Her main focus in this role is to support the Executive Director in the formulation, development, and implementation of operating strategies and policies.

Jessica remains a cornerstone for the foundation. Her accomplishments at Saguaro range from procuring funds for the foundation through grants and fundraisers, to streamlining outdated processes, moving the foundation to a paperless platform, implementing training curriculum and assisting each department director in exceeding their goals. 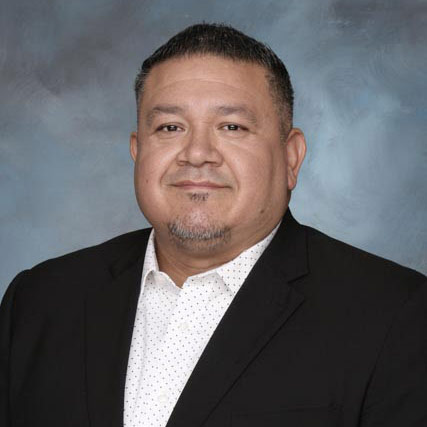 Juan M. Sotelo (“Manny”) serves as the Transportation Director for Saguaro Foundation in Yuma, AZ. Manny’s role in upper management has an emphasis to ensure that both patients and clients are transported safely by well qualified and highly trained drivers. Manny is active in training incoming drivers and provides his expertise in follow up curriculums for existing staff.

He also maintains open communication with Arizona Department of Transportation (ADOT), the local MPO’s and third-party transportation companies, all to ensure that Saguaro’s mission is carried through efficiently and safely throughout the region.

“I feel privileged to partake in the activities of Saguaro Foundation. I get to be a part of the positive impact our services provide to people throughout the region.”

Manny is originally from Riverside California, and has worked for companies such as CHEVRON CSI, The Home Depot, The Masonry Group LP. 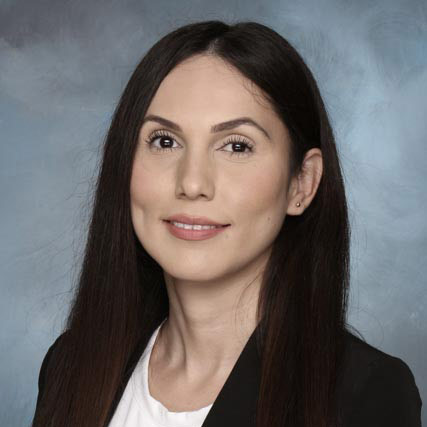 Elisa Velasco started working at Saguaro foundation in 2008. She began her career as a respite employee and has since worked in various departments such as HCBS, group homes and behavioral health. She received her bachelor’s degree in psychological sciences in 2017 from NAU. She is a senior Director for BH as well as DDD services. She strives to ensure programs offer the best care possible and strengthens quality of life for all participants of programs. 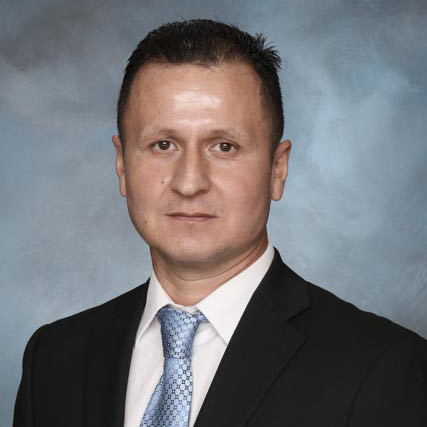 Sergio Castro has been with Saguaro Foundation since 1993. He was raised in Yuma, AZ, and has an associate degree in criminal justice. Sergio has over 20 years of experience working directly with our population with developmental disabilities. He oversees the operations of the adult day programs for Saguaro Foundation and HCBS services. Sergio is passionate about his work and enjoys making a positive impact in the lives of individuals with special needs and their families through the services that the Saguaro Foundation offers. 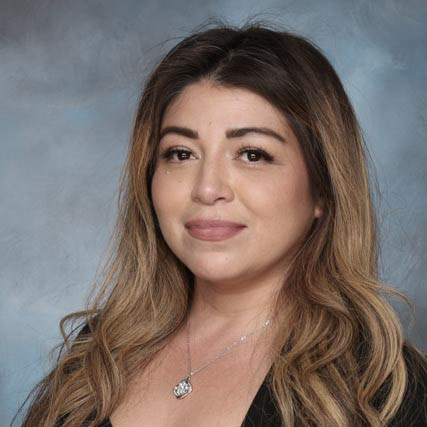 Adrianna Arellano is our Residential Program Director here at Saguaro Foundation. She is a mother of two boys, and the eldest of her two siblings. She was born in Orange County, California and moved to Yuma County with her family at a young age. As her career began, she found herself employed with the local school district providing speech therapy, and one on one assistance with autistic children within 8 different schools. She has been employed with the foundation since 2004 and has played many key roles within the foundation, ranging from Home and Community Based Services providing direct care services to the children and adults of Yuma County, educating, and certifying fellow employees in Article IX and Prevention and Support, billing, and payroll, along with other administrative roles. Showing knowledge in all aspects of the company, she is a dependable team player and great asset to the foundation. Adrianna always shows a positive attitude and encourages others to work hard and succeed; teaching that a mindset for constant self-improvement helps us in the pursuit of our highest potential in life. She strongly believes that when these qualities are met, the foundation can execute quality care for the members enrolled in the program. 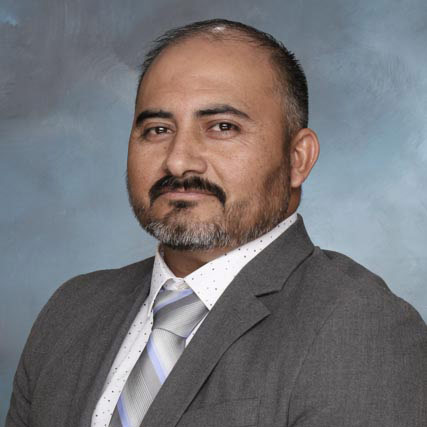 Jose Luis Vera has been with Saguaro Foundation since 2000. Jose was raised in the Yuma AZ  and as a local has been able help to meet the needs of Individuals in and out of the community. Jose has over 20 years of experience working with individuals with special needs and over 10 years of experience as an instructor, Article 9, Prevention and Support, and Pro-Act.  Jose started his trajectory working as a direct care provider in residential settings and HCBS. Jose says that working as a direct care provider is where he fell in love with the services that the Saguaro Foundation provides to the individuals in his community. Jose Luis Vera is the HCBS and DTT/DTS program director at the Saguaro Foundation. 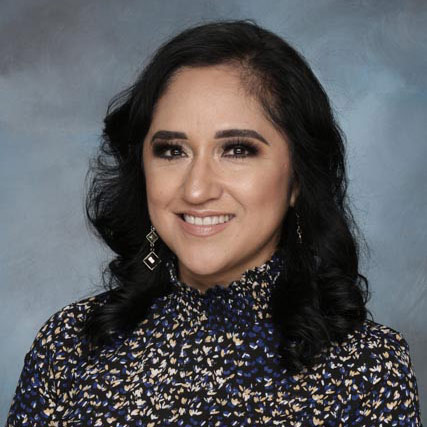 Luz Gonzalez is originally from San Luis, Mexico. Luz holds a Bachelor’s in Accounting. Prior to joining the Saguaro Foundation, Luz worked extensively as a Tax Professional. Her knowledge of the tax law has led her to open and start her own business since 2008. Luz joined the Saguaro Foundation in July 2017 as the Director of Accounting. During the past 4 years, Luz has demonstrated her ability to work as a team and her adaptation to changes within the Saguaro Foundation. With her extensive knowledge and skills, she has improved the structure of the accounting department, as well as its internal controls and procedures. Luz brings a wealth of knowledge and experience to her position and is committed to accomplishing the mission on hand, while humbly serving the community of Yuma and the surrounding areas. Luz’s altruistic personality allows her to enjoy her work at the Saguaro Foundation that has been dedicated to serving the community for more than 30 years. 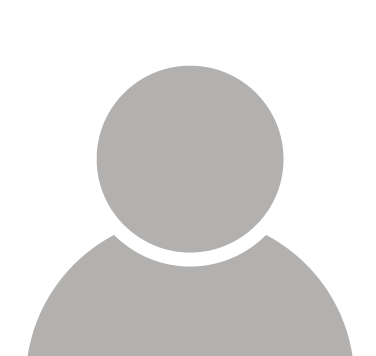